Ulrike Streicher knew from early childhood she wanted to be a veterinarian. After graduating with her DVM from the University of Berlin in Germany, she worked for four years as a veterinarian with horses and small animals before following her dream to work with wildlife. In 1997, she took up her first project as veterinarian and zoological advisor to a newly established governmental rescue center near Hanoi in Vietnam. After one year this project ended and she became the veterinarian of the Endangered Primate Rescue Center at Cuc Phuong National Park, Vietnam, where she worked for the following eight years taking care of the center’s unique primate collection. She was then offered a position as veterinarian at Phnom Tamao Wildlife Rescue Center in neighboring Cambodia, home to more than 100 animals from birds to elephants. From there she was hired to embark on one of her biggest adventures – wildlife translocation for the Nam Theun 2 Hydropower Project in Laos. She was in charge of the capture, translocation and post-release monitoring of wildlife stranded on islands which formed during the inundation of the Nakai Plateau in Khammouane Province, Laos. After project completion, Ulrike returned to Vietnam as an independent wildlife veterinarian. She again provided veterinary services to the Endangered Primate Rescue Center, but also for the Endangered Species Rescue Center in Cat Tien National Park in south Vietnam. She also consulted at several other nature reserves and conservation organizations in the handling and rehabilitation of confiscated wildlife, and started her own small conservation project for douc langurs in central Vietnam. From 2011 to 2013 she managed the Vietnam Primate Conservation Program of Fauna and Flora International. In 2014 she followed her husband, an American primatologist, to Oregon and in June 2015, started to volunteer for Cascades Raptor Center as a veterinarian. In addition to her veterinary degree, Ulrike obtained a PhD in veterinary medicine from the University of Munich, is a member of the IUCN Reintroduction Specialist Group and Primate Specialist Group, has published over 60 scientific papers, and works as subject editor for several peer reviewed journals. In summer 2016 she obtained her Oregon Wildlife Rehabilitator’s permit, and is a certified wildlife rehabilitator through the International Wildlife Rehabilitation Council. Ulrike brings to the Raptor Center not only veterinary experience but also a global perspective of wildlife rehabilitation and conservation, research and publishing experience. In her spare time Ulrike and her husband enjoy watching wildlife anywhere on this globe, near or far. Dr. Streicher joined the Cascades Raptor Center staff in October 2016. 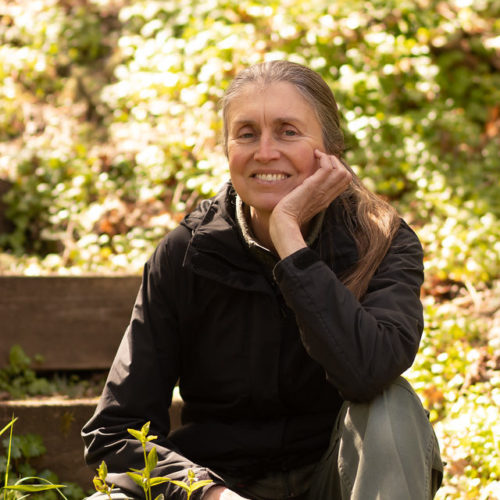 Tuesday - Sunday: 10am - 4pm (closed Mondays, except Monday Holidays such as Memorial Day and Labor Day)